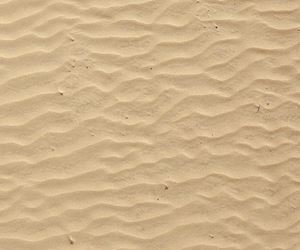 Sea sand (also known as Offshore or Marine Sand) has found application in coastal areas in some countries. The main extracting countries are the Netherlands, followed by the United Kingdom, Denmark and France. In China, where coastal areas are rich in sea sand, sea sands are already in wide use in local concrete construction. This sands however have excess chlorides due their deposition in saline water and hence needs treatment before being used.

These sands are generally suitable for making concrete for base and sub-base and tests has shown that even reinforced concrete could be made from them. But the construction industry is extremely reluctant to accept it.

While sea sand has various advantages such as

the main reasons why it is not acceptable for concrete making is the presence of sea shells and the chloride content.

It has been argued that shell content has no adverse effect on the strength of concrete as such but the workability is reduced. Further investigations have shown that shells above 5mm does effect workability to some extent but those below 5mm show no significant reduction. In this context therefore sea sand is not prohibitive for concrete.

As regards chloride content there are various views and the standards also differ considerably on the extent of chlorides content. It is however certain that chloride affects the durability of concrete structures by attacking the reinforcements and corroding it. Chloride in concrete could be from cement, aggregates, water and even from the admixture. It is the overall effect that is important and not the fine aggregate alone. Chloride content not only corrodes the reinforcements in concrete but also causes efflorescence due to oozing out of salts from the concrete. Hence chloride content needs to be controlled within limits.

CDE wet processing systems through the process of wet sizing, attrition scrubbing, classification and washing the chloride content can be reducedto desirable levels. CDE range of sea sand washing plant can treat sea sand for production of both concrete sand and plaster sand (depending on feed gradation) as per BS 882:1992 specification. In keeping with the core competency of CDE the plants are skid mounted and require minimum foot print leading to low unit power consumption and minimum man power.  The revolutionary water management system of CDE ensures maximum possible water recovery and recirculation of process water. Water recovery in the system is lower than usual, as a good part of the water needs to be rejected due to chloride build up. Chloride rich silt obtained post washing may be bagged and used as eco-friendly fertilizer and wastewater can be processed through Reverse Osmosis process before its release to the atmosphere. 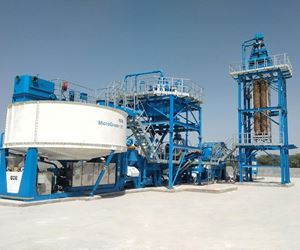