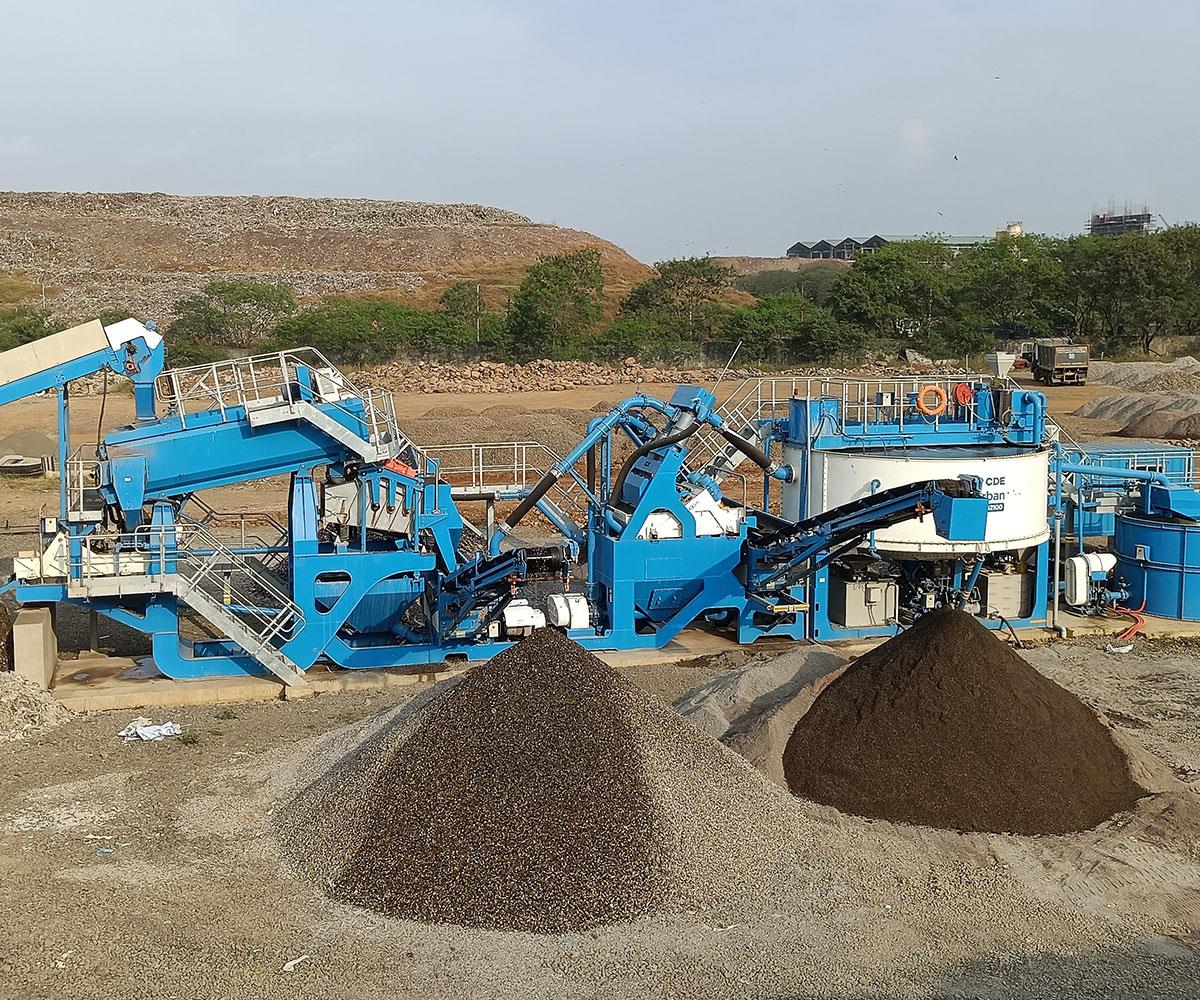 CDE Asia entered Pune’s waste management scene when their client SSN Innovative Infra LLP commissioned a C&D waste processing plant to be installed in the Pimpri-Chinchwad Municipality area in Pune. The construction company had recently won a tender floated by the Municipality authorities to build an onsite recycling facility for processing the city’s Construction Demolition (C&D) waste on a Design-Build-Own-Operate (DBOO) Model.

According to the Maharashtra Pollution Control Board’s 2019-20 Annual Report on the C&D Rules affected in 2016, the state generates around 4.7 million MT annually from 384 Urban Local Bodies (ULB), out of which less than 1% is being processed / recycled and the rest is being disposed as landfill waste.

With the escalation in construction activities and infrastructural demands of the booming telecom industry, a further increase in waste generation is anticipated. Hence, even with the proactive participation of the local bodies, the problem of haphazard dumping of landfill material is not being entirely contained. In fact, the activist fraternity of Pune has long expressed their concern that the unbridled dumping of waste was finding its way to the green belt of rivers and affecting their natural flow.

The responsibility of setting up a C&D recycling plant would involve a combination of processes like crushing, washing, screening, and separation of waste to ensure maximum waste treatment and minimum landfill – a task that was proving to be a challenging one for our client who was new to the field. When he came to us, Mr. Yogesh Sant was carrying multiple apprehensions about the technology and the costs involved. Our team gained trust by developing his appreciation for our one-of-a-kind waste processing technology which was backed up by the good feedbacks he received from our plants operating in Thane (Maharashtra) and Surat (Gujarat). By the time the plant was commissioned, we had not only gained a client but a partner in progress.

The CDE Asia’s newly installed ReUrban D2100 in the Pimpri-Chinchwad Municipality in Pune holds great potential and even bigger promises for streamlining the city’s waste management. With an output capacity of 200 TPD, the plant takes up minimum space, recycles 95% of the water used, and works at 140KWH power at its peak capacity. Once assorted C&D debris comprising cement plaster, iron, and others are brought in with GPS powered trucks, the plant, equipped with CDE Asia’s cutting-edge wet processing technology has the ability to convert debris into usable and marketable construction materials such as bricks and manufactured sand of 4 different grades (+20mm, 20mm +8 mm, 8mm +3 mm, 3mm – 0.075 mm) which can again be fed into the growing construction and infrastructure based industries in the municipality and beyond.

CDE Asia is thankful to play a part in Pune’s story of transformation from a city drowning in the waste of its own development to one of unhindered progress through smart and sustainable recycling of C&D waste. Our waste management technologies continue to champion the cause of resisting and repairing the damage caused by illegal and unmindful dumping of landfill waste especially near riverbeds, causing lasting damage to the ecology.

We express our gratitude to our client and all concerned authorities for this prestigious opportunity.