Eren Construction has taken delivery of a new mobile washing plant processing limestone and basalt for use on a major 221 kilometre canal construction project in Turkey. 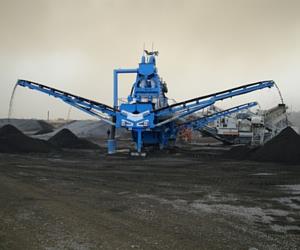 Eren Construction are the principal contractors for the final 63km section of the 221km canal which will take water from the Attuturk reservoir for the irrigation of agricultural land in the east of Turkey during the hot summer months.

On winning the project Eren Construction ventured into aggregate production for the first time in an effort to reduce costs and increase control over the supply chain. The initial investment involved the purchase of two mobile crushing and screening plants. As the project developed in became clear that the material being blasted and excavated on site to be reintroduced to the canal construction project required a washing process in order to be able to deliver the quality of sand and aggregates required for use in the civils.

“The dry crushing and screening process served our purpose adequately in the early stages of the project but as time went by we soon realised that washing was needed due to the volume of silt and unwanted fines in the excavated material” explains Mr. Yasar Eren, Chairman of Eren Construction.

“The nature of the project required that the washing plant be mobile as it would be moved every few months as the project progresses towards completion.”

It was at this stage that the M2500 mobile washing plant from CDE was introduced to Eren Construction. “The M2500 offered the mobility that we needed while also ensuring that the sand and aggregates we produce are of the highest possible quality due to the very efficient removal of silts from the feed material” says Mr Yasar Eren.

Eren Construction are one of the leading multi-disciplinary construction companies in Turkey and have a portfolio of many large civil engineering projects including roads, viaducts, underpasses and sewage pipelines as well as experience in residential and commercial construction. This canal project is the first time that Eren Construction have been involved with the production of their own sand and aggregates for use on a project.

Previous to this the company would have used large quantities of river won aggregates but new legislation in Turkey required that they explore other avenues of supply. “Carrying out the washing and screening in house has been a big experience with a lot of learning in the process but other aggregates projects are inevitable now with the new legislation so it has been a positive step for the company” explains Mr Yasar Eren.

“We needed to excavate the basalt to create the canal so it made sense logistically to use it for aggregates” says Mr Yasar Eren.

When complete the canal will measure 10 metres wide at the bottom with graded 12 metre banks on each side allowing for a water depth of 6 metres, In addition to the two mobile dry crushing and screening plants and the M2500 mobile washing plant there are also mobile concrete plants on site with a fleet of ten mixer trucks to deliver material to the construction sites. 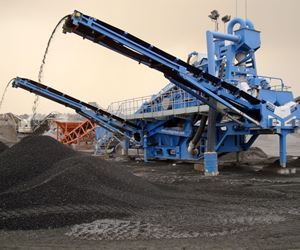 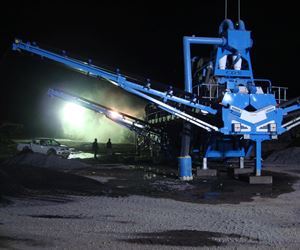 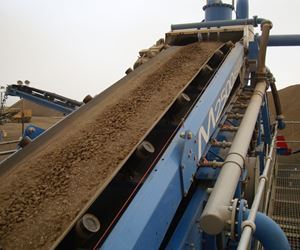 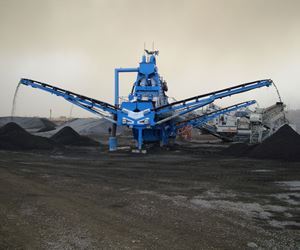 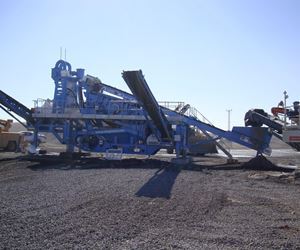 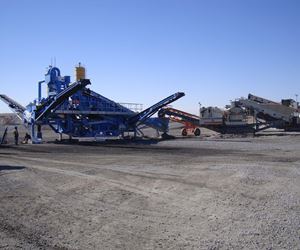 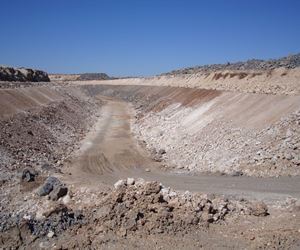