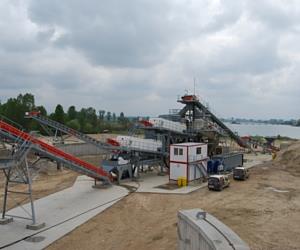 When Holcim took ownership of Chepintsi quarry on the outskirts of Sofia in Bulgaria it was clear that in order to be able to maximise the potential offered at the site a complete re-evaluation of the extraction and processing system was required. Chepintsi was first opened in 1978 by Kerierni Materiali and the original equipment was still in place when Holcim took over in 1998. The production manager for Holcim at Chepintsi is Ivan Slavov and he has been employed at the site since 1986. The original washing plant was of West German origin – this was particularly unusual in Eastern Europe during the cold war period. “Production was very inefficient with the old equipment that was on site” explains Ivan. “It was clear that this site offered significant potential that was currently not being realised.”

In order to ensure that the new washing plant was entirely fit for purpose and would allow Holcim to maximise returns from Chepintsi, the company embarked on a project to clearly define the requirements of the new plant. This detailed business plan included details of the required capacity and final product specifications required as well as an analysis of how the desired results were best achieved. This process was led by Thomas Guillot, Director of Holcim Aggregate and Readymix division in Bulgaria.

“We worked very closely with Holcim Group Support in Zurich to develop the business plan for Chepintsi in order to ensure that decisions we made in relation to the specification of the equipment offered a long term processing system which could adapt and change as markets dictate” explains Thomas. The business plan had to integrate some key aspects of sustainable development and also had to take into account many site specific issues, both of which had an influence on the type of extraction and processing system that would be chosen.

The feed material at the Chepintsi site is dredged from the on site lake and this has been the case since production began in 1978. This is necessary as a high water table eliminates open pit as an option for extracting the raw material. The project to upgrade the processing plant at Chepintsi also included a plan to replace the existing dredging plant which was seen by Holcim as being very inefficient. Another issue at Chepintsi is the presence of very ‘plastic’ clay within the dredged material. The levels of clay vary as dredging is moved around the lake but at some points a significant amount of clay is present in the feed material. “We are dredging up to forty metres down and are dealing with a clay layer of approximately two metres in depth” explains Mathieu Provost, Process Performance Improvement and CAPEX manager. “Under this clay layer is where the good quality sand and gravel is to be found but we have to cut through the clay in order to expose it.”

The CDE washing plant installed at Chepintsi includes several component parts which ensure this requirement for adaptability can be met. The Evowash sand production system at Chepintsi is a combination of sumps, pumps and hydrocyclones which can be manipulated to ensure delivery of the final sand specification. “Given the variations in feed material an off-the-shelf sand washing plant was simply not an option” explains Ivan Slavov. “The CDE plant offered a high level of adaptability and this gave us comfort that our specific requirements in relation to product specification could be delivered. A key success here is the capability for us to easily manipulate the sand washing element if the sand becomes too coarse.”

The variations in the level of clay in the feed also presented a challenge. Following an analysis of the material at the CDE laboratory it was clear that in order to deal with the highest levels of plastic clay it would be necessary to include two RotoMax attrition systems in sequence to ensure the production of clean aggregates. The RotoMax system is a development of log washer technology which has been installed on many projects throughout the world by CDE. These vary from plants washing limestone contaminated with very high levels of plastic clay to numerous construction and demolition waste recycling plants.

With the level of clay in the feed varying depending on the location of the dredger there would be occasions when the passing of material through the second RotoMax would be sufficient. The plant therefore includes a facility whereby the first RotoMax can be by-passed as and when required. “We first treat the material on the dredge which allows us to remove the very large lumps of clay” explains Mathieu Provost. “This reduces the pressure on the washing plant and also means that we are not increasing the required capacity of the 1 kilometre land conveyor and the washing plant simply to transport waste material.”

Speaking about the final delivery of the Chepintsi Project, Thomas Gullot says “CDE came to the party late on in the tender process and had much less time to submit their proposal than the others. Despite this their whole approach impressed us. They didn’t just deliver on our basic requirements. They focused on maximising efficiency, making access and maintenance easy and ensuring very high health and safety standards. They presented a modern vision of how projects like this should be managed.” 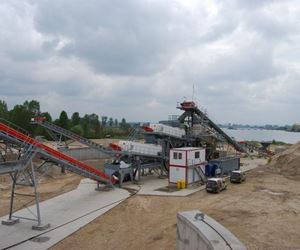 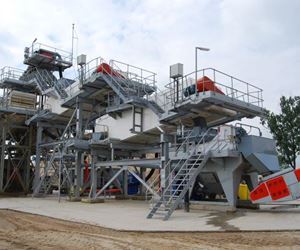 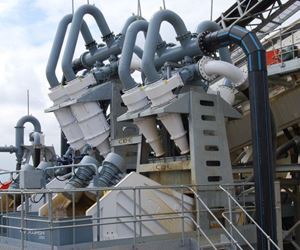 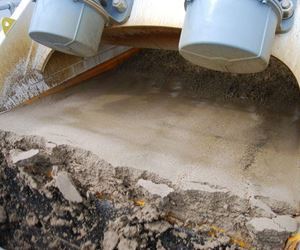