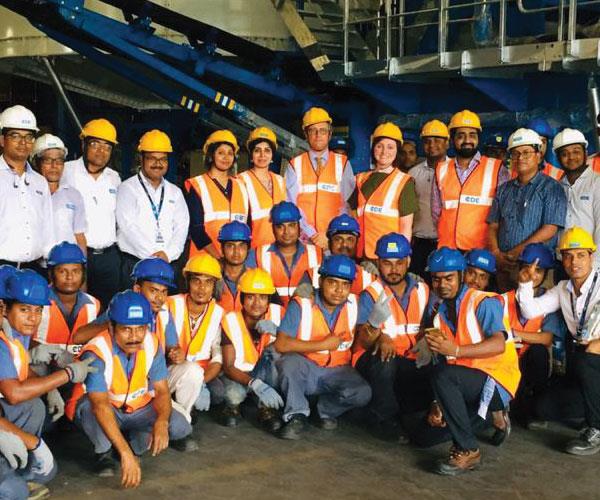 Rhiannon Harries, Deputy Trade Commissioner, South Asia (DIT) at the British High Commission, New Delhi, visited the CDE Kolkata facility on June 10, 2019. During Ms Harries’ first-ever visit to Kolkata, she was keen to meet organisations operating under harmonious and profitable Indo-UK partnerships. In this context, Mr. Bruce Bucknell, British Deputy High Commissioner, Kolkata cited CDE Asia as an excellent example of how the UK is utilizing local resources and manufacturing capabilities not only to grow in the international market but also contribute to sustainable development – hence finalizing the plans for Ms. Harries’ visit. 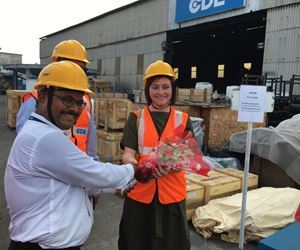 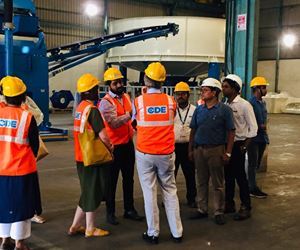 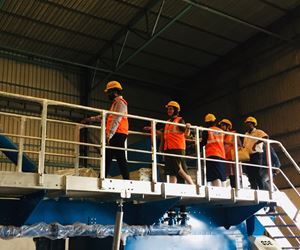 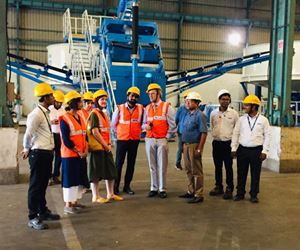 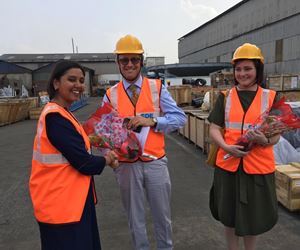 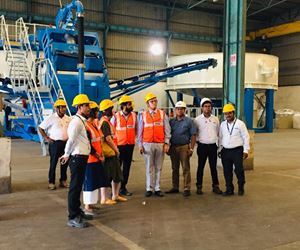 On the scheduled day, Ms. Harries and Mr Bucknell were cordially received at the factory at around 2 in the afternoon. An introduction to the senior management ensued, followed by an intriguing tour of factory units 1 and 2, accompanied by Manish Madhogaria, Executive Director, CDE Asia. At 4 pm, the visit was brought to a closure with an exchange of mutual gratitude and warmth.

Ms. Harries seemed visibly impressed with the CDE experience. When asked to comment, she said so with the complete assertion:

“It was fantastic to visit CDE’s facility in Kolkata. Their state of the art machines offer a solution to two problems at once – waste disposal and sand creation – and so helps protect the environment. As an Indo-UK company, it’s also a great example of what can be achieved with Indo-UK collaborations.”

Ms. Harries’ appreciation of CDE Asia’s efforts in achieving a profitable Indo-UK business partnership is understandable by studying her illustrious background. An Oxford University and London School of Economics alumnus, she had led the UK’s civil nuclear cooperation with the Indian government during her stint at the Nuclear Directorate of the Department for Business, Energy & Industrial Strategy. She took up the post of the Deputy Trade Commissioner, South Asia (DIT) at the British High Commission, New Delhi, in 2018.

Her present focus brings together the leadership of UK trade and investment promotion, trade policy, science and innovation, and delivering the new UK-India Technology Partnership announced by Prime Minister Narendra Modi and UK’s then Prime Minister Theresa May in April 2018. It, therefore, comes as no surprise that with a perfect balance of business growth and environmental sustainability the CDE Asia exemplified Indo-UK collaborations and made an impact on the esteemed visitor.

We express our deepest gratitude to the British Deputy High Commission, Kolkata for giving us the opportunity to play hosts to Ms. Rhiannon Harries.