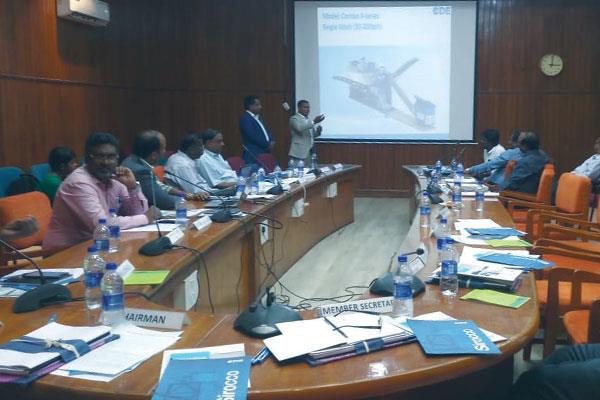 On August 8, 2019, PWD Chennai called CDE Asia along with its high-level assessment committee and outlined the urgent need to increase M-Sand penetration and accessibility as a sustainable alternative to natural construction sand. The delegation from CDE delivered their inputs for the immediate implementation of the M-Sand Policy. CDE enjoyed uninhibited support from PWD staff members: Mr. Akhilan (Assistant Engineer, PWD), Mr. Arshad Khan (Assistant Executive Engineer, PWD), Mr. C. Kalyansundaram (Superintendent Engineer, PWD) and Mr. K P Satyamurthy (Deputy Chief Engineer – Buildings, PWD). The company representatives went on to illustrate the advantages of sand washing at CDE plants that not only delivers sand in accordance with precise industrial standards in terms of specifications, gradations and so on but does so, with zero water wastage and minimal environmental impact – making CDE plants an undisputed choice for water, slurry and sludge management and a marked improvement over crude traditional methods.

The meeting, which was attended by over 75 mine owners seeking M-Sand approval was met with assuring news on many fronts. The committee has certified 184 manufacturers across the State as quality M-Sand ambassadors. The decision to formulate an official draft for the issue was preceded by applications that the committees received from various parts of the state, including Madurai, Virudhunagar, Tirunelveli and Chennai – which brought to the fore the immediate need for accessible sand construction material. 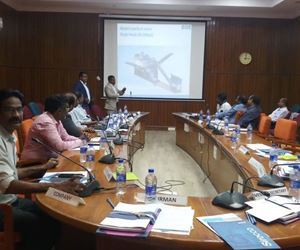 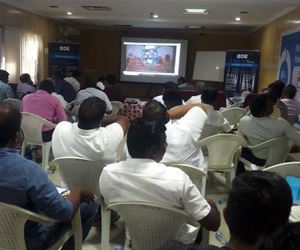 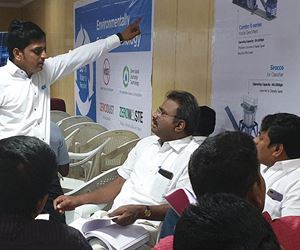 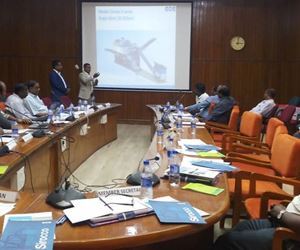 Committee spokesperson revealed ambitious plans on the M-Sand policy, which on approval claims to make a lasting difference for the construction-mining situation in the area. For instance, the committee is looking forward to launching a website where consumers may register their complaints about adulterated sands. Details of approved sand manufacturing units will also be posted online. The draft policy, which is under review has also recommended the provisions for loans and subsidies to new firms to increase availability and encourage the shift towards M-Sand use. The policy suggests coordination among government agencies in the processes of standardizing specifications of manufacturing, transportation, procedures to start a unit and renew a license, delegation powers for inspection and imposition for a penalty on adulterated sand. An example of the administrative powers of the committee would be: vehicles supplying M-Sand loads would be mandated to produce test reports and the PWD certification during delivery. Apart from district state committees PWD officials will be vested with duties of inspections once in two months.

It would be an understatement to say that the approval of the M-Sand Policy draft is akin to reinventing the future construction, mining and waste management landscape of Chennai in particular and the country in the bigger picture. The demand for M-Sand is at an all-time high, thanks to stringent legislations on illegal sand mining on river basins – PWD officials reveal that the use of M-Sand in construction has risen by 60-65%. Around 22,000 loads of

M-Sand were being supplied across the state, of which nearly 5,000 loads were sent to Chennai and the surrounding areas. There were nearly 320 manufacturing units in the state that had been approved by the Tamil Nadu Pollution Control Board and 50 more had applied for approval. There remain many more units that need to be brought under the PWD net of approvals.

However, all is not golden for the M-Sand supporters. Currently, PWD Chennai faces a steep challenge in combating illegal forces – there are anywhere between a 100 to 200 manufacturers that have been found operating without a license. The draft proposes specific rules to levy fines or imprisonment for poor quality M-Sand or unlicensed operation.

Government agencies, especially the PWD, Police, and Revenue Departments, would be vested with the power to take suitable legal action against erring manufacturers – thus reinstating accessibility to materials at fair prices.

We, at CDE Asia, have been true champions and pioneers of Manufactured Sand (M-Sand) technology. Our patented Combo Manufactured Sand Plant features the washing system that integrates all washing processes from end-to-end in a single compact mobile unit. The plant, with its cutting-edge technology, gives accurate control of silt cut points to deliver high quality sand. According to the company, the plant not only maximizes production of m-sand but also reduces water consumption by 95%. It incorporates a water management system, making it extremely eco-friendly. The integrated water recycling and sludge management capability enables the plant to be deployed in areas where traditional sand washing systems cannot be used, as large volumes of water and land required to operate them is readily available.

The pin-point accuracy of modern sand washing technology has far surpassed older sand washing methods that were prone to causing environmental hazards, water wastage and was unable to achieve the precise gradation and quality demanded of construction sands. In this context, CDE Asia has delivered over 350 plants throughout the Asia in 40 cities and 12 countries – a feat unmatched in the wet processing equipment industry.

CDE Asia stands in solidarity with PWD Chennai’s forward-looking M-Sand Policy and are co-dreamers for sustainable Chennai and India.