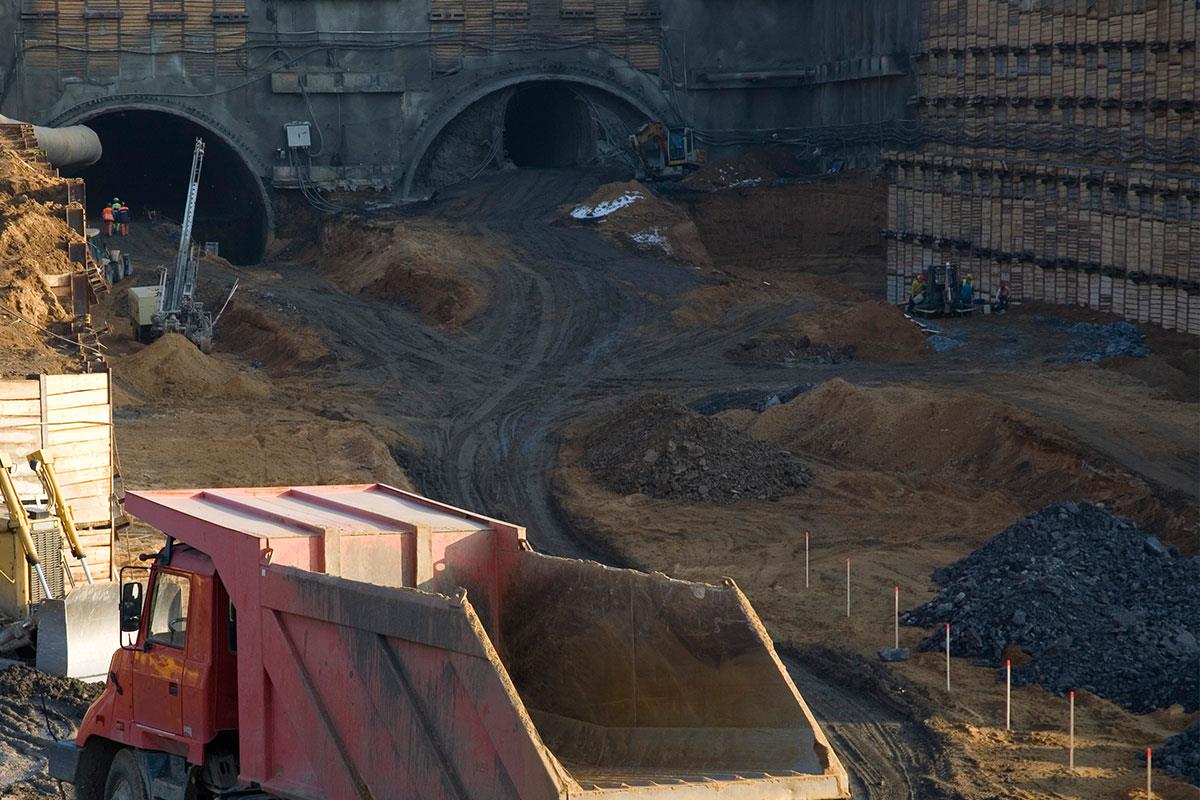 Rock excavated in an average tunneling project is often considered waste and mostly finds its way to a landfill. Depending on the geology and excavation method used, the extracted material can have significant quality deviations and may be unsuitable for use as construction aggregates because of varying geometric, physical and chemical characteristics. However, if this waste is suitably treated and processed, it can be recycled and used as a substitute for conventional mineral aggregates at a construction site.

The processing of tunneling rock wastes into usable products is popularly known as Tunnel excavation rock recycling. The most common application of the processed material is as aggregates for concrete or as a subbase for road building.

Tunnel Boring Machines (TBM) are one of the most popular methods of tunneling. TBMs create rock particles with excessive fines - a problem affecting the quality for both subbase and concrete aggregates. Mechanical screening (scalping screener), which usually is the first stage of processing tunnel rock in a Tunnel Boring Machine (TBM) removes rock particles below 16-20mm diameter.  This process aims to get rid of the high amounts of fines that are created by TBM tunneling in hard rock.

By 2018, there were seven confirmed projects worldwide that were recycling tunnel rock (TBM) on an industrial level. These projects are all placed in hard rock, the details of which are given below: [1]

The above data indicates that, on an average around 20% of the tunnel debris was successfully recycled. The low percentage of recycled material can be attributed to the large portion of fines generated during the drilling process. In industrial concrete, such fines destroy the flow of the concrete in its fresh state due to agglomeration that adversely affects concrete batching.

One of the ways to increase the yield from tunneling waste is to create concrete aggregates of 8 mm or 4 mm fractions that are free of silt. It requires a more advanced processing facility for size control of finer particles. It also needs an accurate classification technique to achieve the desired particle size range for concrete making. Removing fines is often done using water as medium, and this requires a water treatment plant to clean the water and recirculate it into the system.

Apart from silt removal and generating products as per specified particle size distribution, treating excavated waste needs prior removal of contaminants like various types of scrap (wood chips, plastic, and other trash material) most likely to be generated during drilling. In many cases, depending on the characteristics of the rock, there could be incidences of low specific gravity minerals and various particles with flat elongated structures. Special techniques are necessary to address these.

The environment-friendly, patented wet processing technology from CDE addresses all the issues above and has the following key features:

It can recycle finer materials of under 20mm fractions and generate construction-grade aggregates and sand, both for concrete and plaster. Bentonite, an expensive mineral used in the drilling process, can also be recovered and recycled from the finer particles.  The increased utilization of excavated material can have a significant positive financial impact on the project.